Home
NASA's next Mars rover will collect soil samples, seal them and deposit them on the Martian surface for future collection and transport back to Earth. maxon supplies several drives specifically developed for mission critical tasks.

maxon is on its way to Mars again for NASA's fifth rover mission. The Swiss drive specialist delivers 10 brushless flat motors to the Jet Propulsion Laboratory (JPL), which builds the Mars 2020 rover for NASA.

The maxon drives are being used for mission-critical tasks. The plan is for the rover to take dozens of soil samples, seal them in containers, and deposit these in caches on the surface of Mars, where a future mission may retrieve and return them to Earth. Nine BLDC motors from Switzerland are responsible for the rover's sample handling. The drives can be found in the sample caching system, including the end-effector (sample tube holder). The sample handling arm moves the sample containers from station to station within the sampling system. Additional motors are used to assist with obtaining the samples and seal the containers.

For this project, maxon uses brushless flat motors from the standard range (EC 32 flat and EC 20 flat combined with a GP 22 HD planetary gearhead). However, the drives have been modified specifically for the mission since they need to survive a dynamic entry, descent and landing sequence as well as the harsh daily conditions on Mars with sandstorms and temperatures ranging from -130 to +70 degrees Celsius.

From the outside, the Mars 2020 rover Perseverance looks similar to its predecessor Curiosity, which is still operating on Mars. But the upcoming mission will have several new instruments on board that will deliver unique new data for scientists. A key mission goal will be to search the environment for biosignatures. Another instrument on board will test whether it is possible to generate oxygen from the atmosphere as a precursor for future human visits. However, the most significant innovation is the capability to take rock samples in several locations and prepare them for return to Earth. 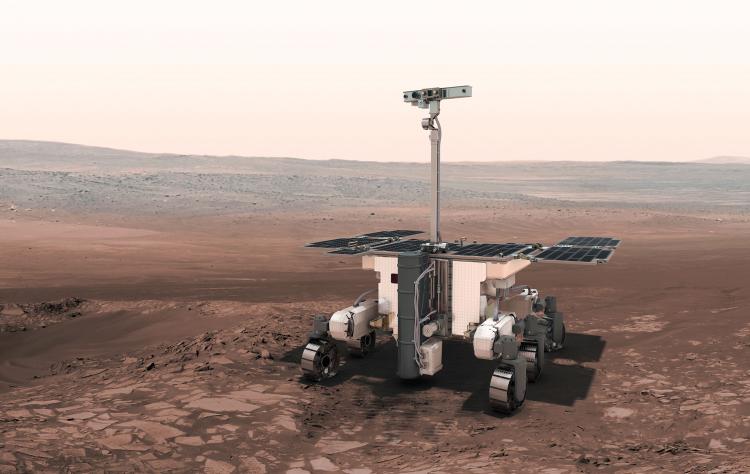 maxon is a critical part of several current Mars missions

Currently, maxon is involved in several Mars projects. For example NASA's InSight Lander which is on the Red Planet since 2018 and measuring its seismic activities and temperature. A maxon DC motor (DCX) powers the mole that hammers the measuring sensor into the ground. In 2022, the European Space Agency (ESA) will send its own rover to Mars. More than 50 maxon drives are installed in the ExoMars vehicle, including some complex actuator systems that were assembled in maxon’s high tech manufacturing facilities. These actuators provide the main drive and steering systems for the vehicle. Additional precision motors are used in the drill head, the on-board laboratory, and the camera mast.

For more stories, subscribe to our drive.tech newsletter now.