A fossil as a friend

A fossil as a friend

Home
Making a legged robot walk is not as simple as it looks. Coordinating the motion of all its joints to achieve smooth motions, close to those of real animals, requires advanced engineering and careful observation of moving animals. But what if we don’t exactly know how the animal looks or moves, as it has been extinct for 300 million years?

This is the story of Orobates pabsti, an early tetrapod that lived millions of years before the dinosaurs existed. Its fossilized bones were recovered in what today is Germany in 2004. The excellent state of preservation of its fossilized bones, nearly complete and articulated, was complemented with fossilized footprints, also found in the region. This helped engineers like me in the Biorobotics laboratory of EPFL (working with Tomislav Horvat and Auke Ijspeert) and a great team of biologists (led by John Nyakatura at the Humboldt University of Berlin) to reconstruct its locomotion using a robot.

But why is the locomotion of Orobates important? Orobates is an ideal candidate for understanding how land vertebrates (including humans like us) evolved. These animals represent the transition from an amphibious lifestyle to land-living vertebrates capable of laying eggs on land. This places them in the evolutionary tree between the amphibians and more evolved animals including reptiles, birds, and mammals. Whether or not Orobates could walk on land seems crucial to be studied. For example, to shed light on debates related to when the dry land was finally colonized by animals. Locomotion experiments with living animals are difficult but with an extinct animal is in fact, impossible. We needed to find a way to reconstruct the locomotion of Orobates objectively. We thought that computer simulation was a good tool to do this but legged locomotion is difficult to simulate. Intermittent impacts of the legs with the ground, contact friction and the overall dynamics of the moving body of Orobates required a real world verification to be valid. That is why we reconstructed the fossil of Orobates with a physical robot. This robot was a scaled version of the fossil, almost doubling its size. The mass distribution and other dynamically relevant parameters, like the speed at which the robot should move, were thoroughly studied to have both biologically and engineering significance.

«To achieve smooth locomotion, the robot’s on-board computer sends commands to the motors at rates around 100 times per second»

Having this robot built, we were able to test a number of possible gaits that presumably Orobates executed when it was alive. We observed other modern animals whose morphology is similar to Orobates, like a salamander, a caiman, an iguana and a skink. We noticed that their gaits differ in their body height, the spine motion range, and their leg rotations as they swing them. These characteristics create a space where the living animals’ data and the possible gaits of the robot could be compared. We tested a number of gaits in this space to try to find the most stable, energetically efficient gait, that used force patterns similar to those of the living animals and whose precision matching the footprints was high. We discover that the most likely gaits used by Orobates to walk were quite similar to those of the caiman. This suggested that their locomotion was rather advanced, compared to what was thought of these early tetrapods.

Testing with the robot was also a great experience. It looked alive. To control this machine, it was necessary to solve inverse kinematics and dynamics problems, to coordinate the motion of the legs and the spine. To achieve smooth locomotion, the robot’s on-board computer sends commands to the motors at rates around 100 times per second. The actuators used are driven by a powerful and efficient maxon DC motor. We used 28 actuators, five per leg and eight in the spine. Few times a robot that complex and close to a real animal has been controlled to execute all these diverse motions.

We built in our experience in designing and controlling sprawling posture robots to make the robot of Orobates. After doing science with the salamander robot Pleurobot (please see Driven magazine in 2018), we also drew inspiration from the gaits and morphologies of Nile crocodiles and monitor lizards to build and test two such robots out in the field. We worked with BBC, filming wildlife documentaries in Africa. The TV series Spy in the Wild features our robots surrounded by wild animals on the banks of the Nile river. These robots survived two intense weeks of filming in extreme environmental conditions, and gave us new insights on robust design for complex real-world scenarios. That is the case with the K-Rock robots intended for disaster scenarios. Because of their posture, they have the ability to walk under tight passages and being amphibious, they can swim and walk in flooded areas filled with debris and obstacles.

Developing these robots, first with the Biorobotics Laboratory of EPFL and now in my private company KM-RoBoTa (part of YEP program of Maxon, and one of the start-ups at the Maxon Innovation Lab in Lausanne), sets the bar for the robust design of animal-like robots that are inspired by real animals and whose mobility capabilities have great potential to be used either for science or for engineering applications.

Actuators of the future

Advances in robotics like these make us think about the actuation mechanisms we currently use. With current technology, we can be fast but we cannot move high inertias quickly and efficiently (allowing impacts, explosive motions, etc). Additionally, to increase the torque, we use gearboxes, which affect the transparency of the motion control by inertia and friction reducing the actuator bandwidth. New avenues of creating better actuators at different scales from soft robotics, to high power proprioceptive actuators often come with the burden of bulky peripheral systems, decreasing the power and torque density, or a high demand in power that overflows the dissipation requirements.

Step by step, like Orobates’ robot walked in its footprints, we are designing better actuation technology. But we are still far from providing our robots the desired real animal-like abilities. At least compared to what the animal muscles can do. There is a long, yet exciting research and development path for actuation and robotics design in the following decade worth to be walked.

Author Kamilo Melo grew up in Duitama and Bogotá, Colombia and now lives in Renens, Vaud. He studied electrical and mechanical engineering obtaining a PhD in robotics. After working as postdoc at EPFL Lausanne, he now works and research for his own robotics company KM-RoBoTa. 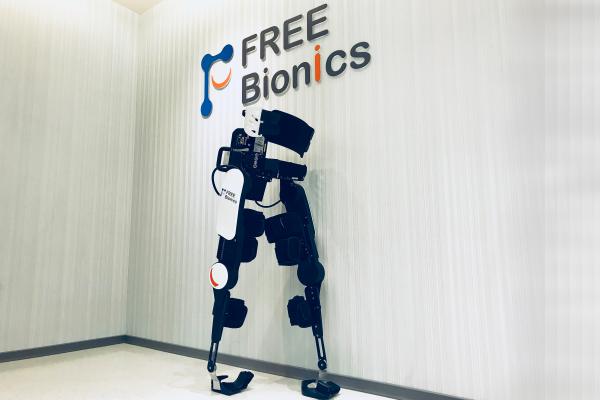 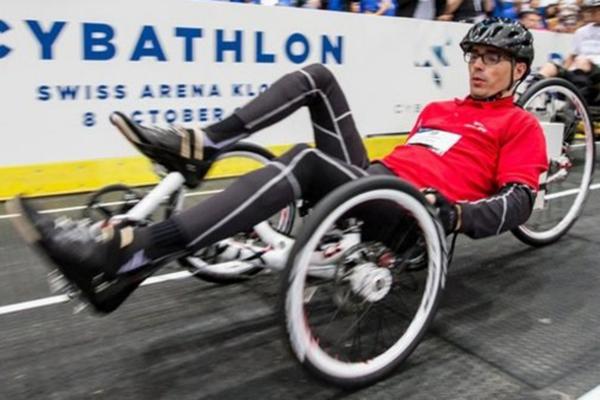