The current situation has affected almost everyone on this planet. To what degree varies from person to person. Amidst this miserable crisis, collaborations have originated and wonderful new things have arisen. One of these wonderful new things is Project Inspiration, an idea born of the desire to give a helping hand to those in need.

Gerwin Smit, an Assistant Professor at Delft University of Technology and a specialist in arm and leg prostheses and medical aids, initiated Project Inspiration together with colleagues and students in March 2020 to address the expected shortage of ventilators in the then upcoming crisis. The pandemic situation meant a number of extra challenges for these medical engineers, like a shortage of supplies due to the shutdown of the Chinese supply chain. Besides that, medical devices are subjected to a battery of tests before they can be placed on the market. It goes without saying that this takes a certain amount of time, and in this situation time was of the essence. In the midst of this turmoil, Gerwin couldn’t help asking himself the question: how can we make a bunch of mechanical ventilators, certified and proven to operate safely, in a very short amount of time?

«He asked the museum authorities if he could borrow the machine, and most important of all, if he could take it apart.»

He figured that the concept should have a proven track record, and therefore had to be based on an existing device. Additionally, the concept should contain simple parts that would be easy and quick to manufacture. Gerwin looked at the history of respiratory devices and found the East Radcliffe Ventilator, a model commonly used in Europe from the ‘60s to the ‘80s. He found out that the National Museum of Boerhaave in Leiden in the Netherlands, a scientific museum with a large collection of medical devices, had one of this specific model. To analyze this machine, the project group needed to take a close look at it. Gerwin made a bold decision and called the museum. He asked the museum authorities if he could borrow the machine, and most important of all, if he could take it apart. At first, the museum was startled by this extremely bold question. Usually the staff wear white gloves to even touch the machines. After some deliberation the museum agreed, given the unusual circumstances and the noble cause.

After Gerwin and some of his colleagues collected and carefully transported the ventilator to their workplace, they took it apart in one weekend. They analyzed the concept and the basic principles, and came up with the first prototype just one week later. The original machine contained a Parvalux motor as the driving force, with a bicycle hub and bicycle gear for speed control. After some research, they found out that Parvalux is still in existence and a solid company with over 70 years’ experience in designing and manufacturing fractional horsepower geared motor solutions. This came as a pleasant surprise since the original device is dated from the 1960s. The team reached out to Lee Weston from Parvalux to help with selecting the right motor, and Parvalux responded by swiftly sending some samples. The team chose the PM11-S motor, a permanent magnet brushed DC motor. It is spring-loaded for quiet operation and has a high starting torque of up to three times full load. It features an adjustable brush rocker for excellent commutation and maximum brush life, which is most important considering people’s lives will depend on it. 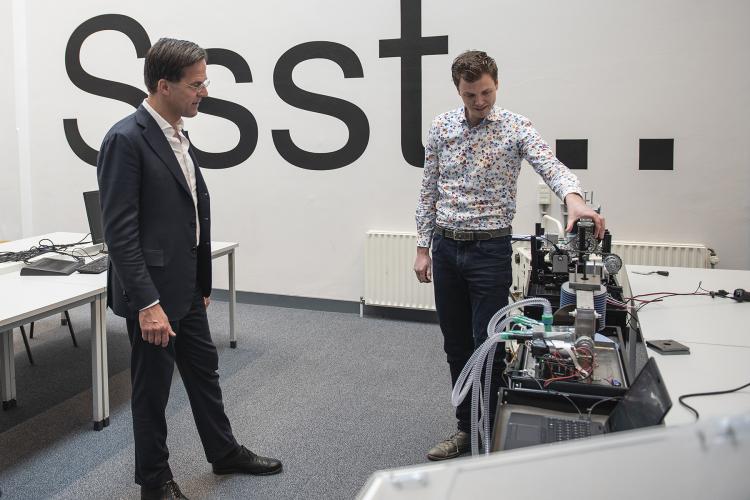 Initially the idea was to create a mechanical analog machine, apart from the motor which was to be the only electrical part. Pressure and tidal volume were measured with an analog pressure gauge and a spirometer. Since the original model was mainly mechanical analog, it had no warnings if the machine stopped working. Rethinking the concept caused a design shift as the team concluded it would be a good idea to add a warning if the values were off. They got in touch with the company Interay Solutions b.v. which advised them what electronics to use.

For their final prototype they chose electronic speed control from maxon in the form of the ESCON 50/5, a small-sized, powerful 4-quadrant PWM servo controller. This provided fully stepless speed for their ventilator.

After finishing the final prototype, they needed help to scale up production. For this they got in touch with their partner company Apparatenfabriek ARA b.v., sister company to Interay Solutions b.v. ARA produces mechatronic systems for original equipment manufacturers and is based in Aalten in the Netherlands. They were enthusiastic about producing the device themselves and offered their support. With the help of public and private funding, enough capital was gathered to proceed with the project. 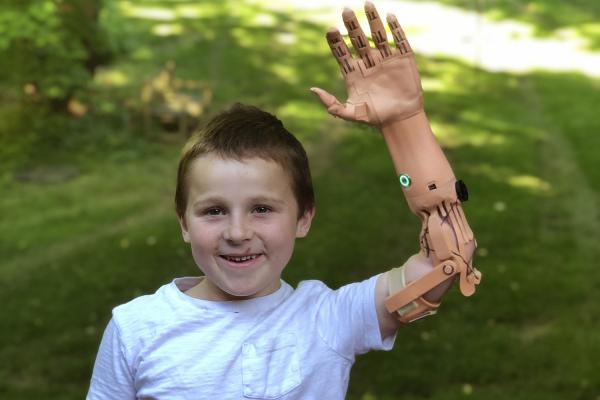 Amputees have lacked robotic prosthetic options that are reasonably priced and offer long-term dependable use. Easton LaChappelle of Unlimited Tomorrow wants to change that.
Read article 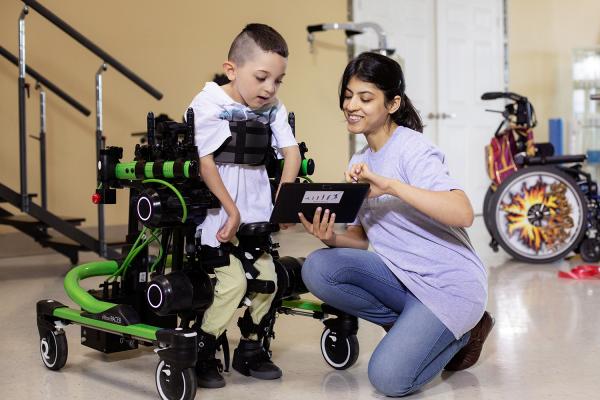 Walking with a big smile

Children with impaired mobility are able to walk again – thanks to a walking robot that grows along with the child.
Read article 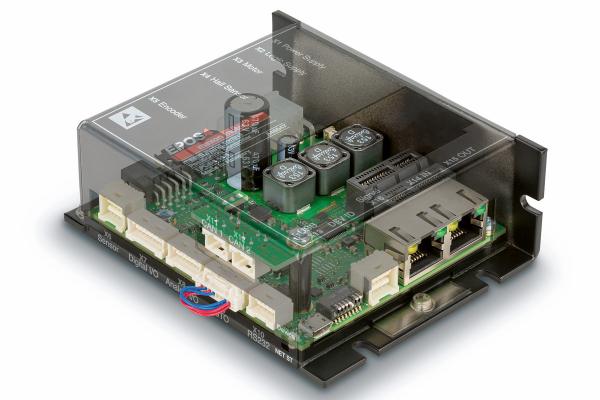 Can loads be positioned dynamically, with high precision and no oscillation, despite mechanical backlash and elastic components? Yes — using an intelligent system.
Read article