Home
In France’s Bordeaux region, robots ensure that the wine is organically good. They autonomously eliminate grass and weeds between the vines, making pesticides unnecessary. To enable the robots to navigate the hilly terrain, the developers took some cues from Mars rovers.

The wine region around Saint-Emilion in France is world famous and steeped in tradition. Winemaking here goes back to the Roman age. However, the Romans could only dream of the agricultural tools available today: These days, robots help with the laborious care of the vines. The Vitirover, developed by the eponymous company in Saint-Emilion, is one of these robots. It is a fully autonomous lawnmower powered by solar energy. About twenty of these robotic mowers are in use in the vineyards. This year, Vitirover will deliver 200 more robots, for example for use along railway tracks or in photovoltaics plants. The main benefit of the robot is that it is environmentally friendly and helps to make organic wine. The use of the robot in the vineyards makes pesticides like glyphosate unnecessary. In addition, the robot protects the soil by avoiding the compaction that may be caused by tractors or horses.

The development of the robot, which is able to mow more than two hectares of land, wasn’t an easy task. As it turned out, the unstable soil in the vineyards is quite similar to the surface of Mars. This is why, when drafting the first design specifications, Vitirover collaborated with the European Space Agency (ESA) to review the designs of all of the robots that were developed for Mars missions. “This really helped us, because we couldn’t find any terrestrial robots that came as close to our specifications,” says Xavier David Beaulieu, CTO at Vitirover. He started the company in 2010, together with Arnaud de la Fouchardière. After taking over the family business, the Château Coutet winery in Saint-Emilion, he faced the challenge of controlling the growth of grass and weeds between the vines. Today, Vitirover is a globally leading innovator in high-precision winery applications. The company has ten employees. 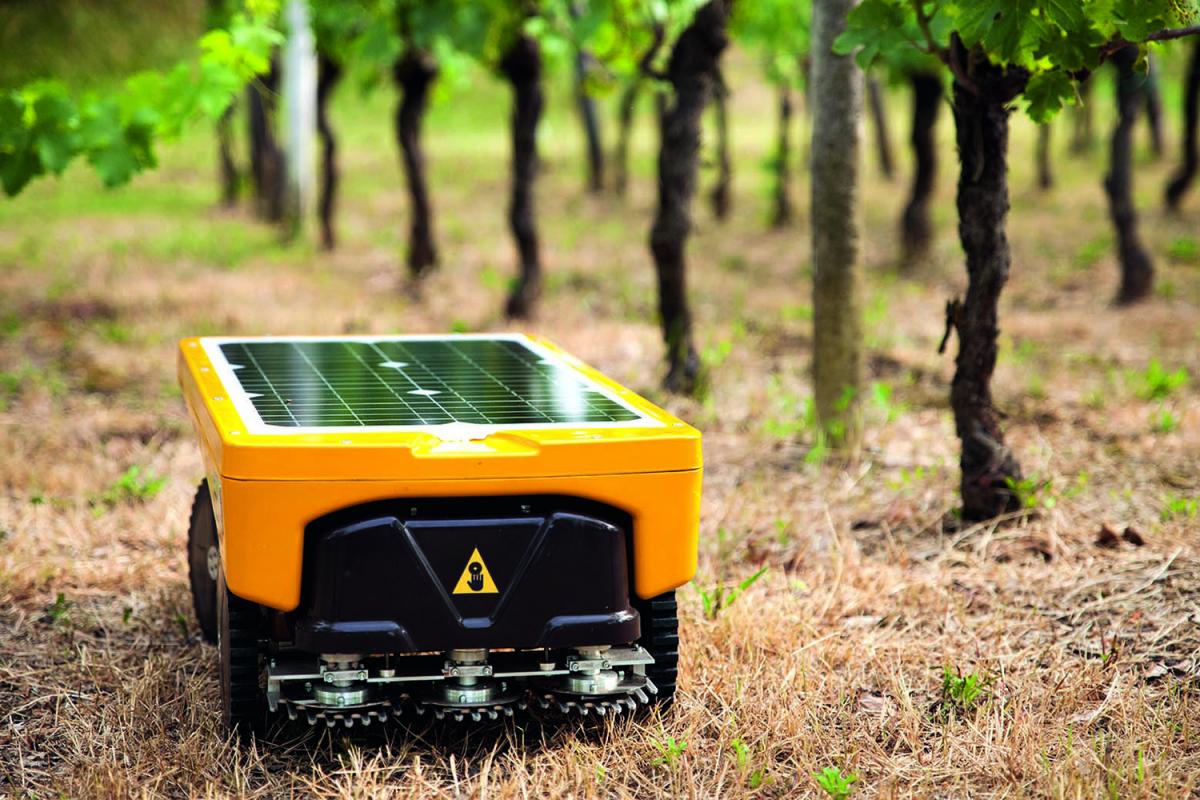 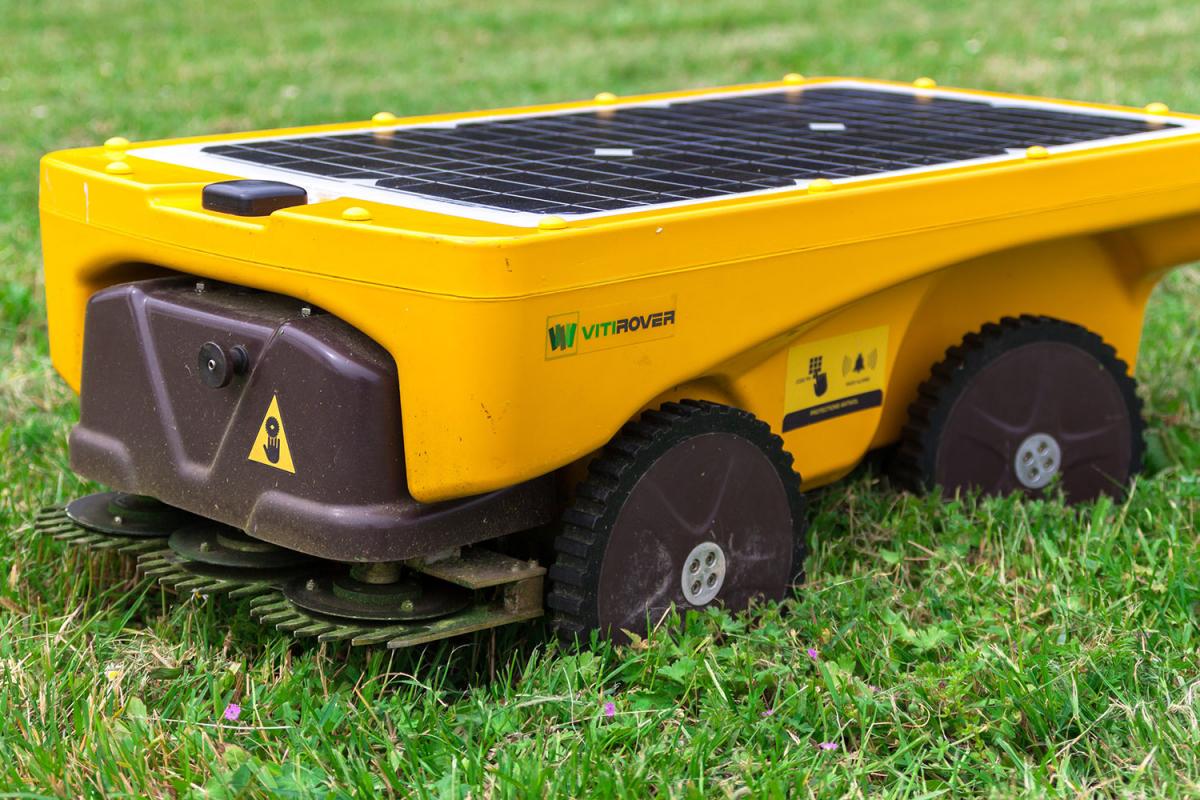 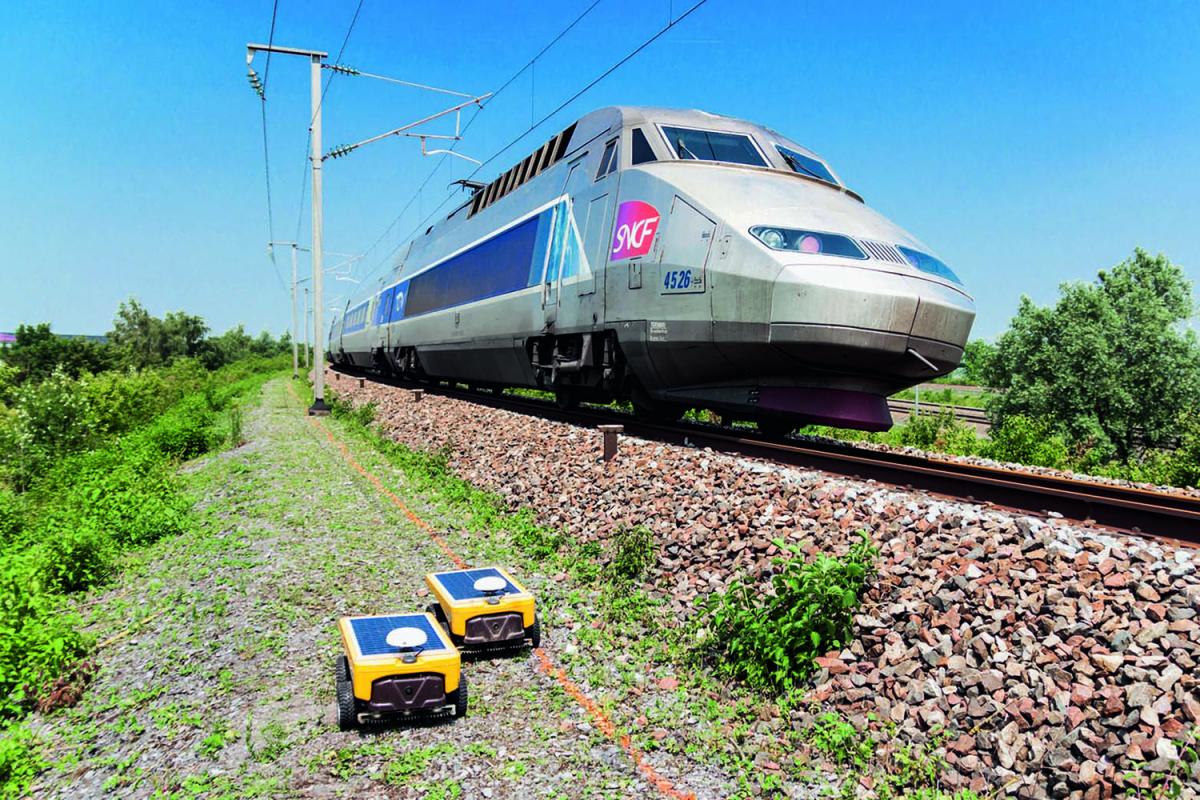 The Vitirover is only 70 centimeters long and weighs slightly under 20 kilograms. It cuts grass and weeds at a rate of 300 meters per hour.

The robot negotiates rocky, often steep terrain and is exposed to mechanical stresses every 12 seconds, on average. The requirements for its motorization were accordingly high. The mechatronic solutions are the result of a partnership between Vitirover and mdp—maxon France—that goes back more than eight years. The robot is driven by four DC motors, one per wheel. They are brushed DCX 22 L drives that offer maximum power density in a very small installation space. They are highly efficient, which is important in battery operation. Combined with a GP 32 C gearhead, this solution enables the mower to absorb the load on the wheels and deliver the torque required for traction. “In terms of the drive, the problem of the radial load on the wheel axle wasn’t an easy one to solve. However, in the end we did it,” says Xavier David Beaulieu.

Encapsulated in an aluminum bell housing

The greatest challenge however was elsewhere, namely the three blades that are driven by DCX 32 L series DC motors. The high load tended to damage the ball bearings of the motors, which led to failures. The engineers at maxon finally developed an aluminum bell housing for sustainable protection. Kevin Schwartz, in charge of the Vitirover project at MDP: “Our role is not limited to delivering electric motors. Instead, we supply complete solutions that fulfill the needs of the customer.” 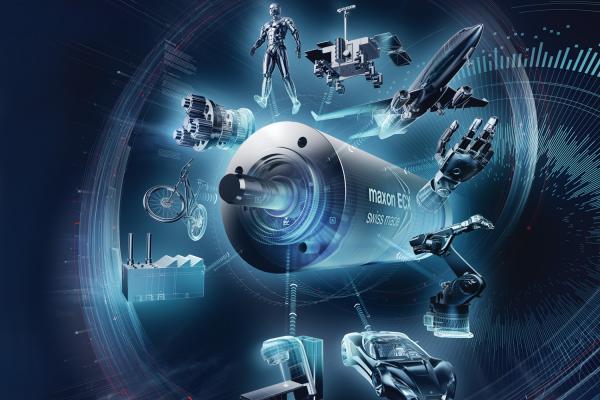