There are some situations where we wouldn’t mind being replaced by a robot. Take Fukushima, for example: The nuclear disaster would have been less severe if there had been somebody inside to open certain valves right after the incident. However, the radiation would have been lethal to humans, and robots were not sufficiently developed yet for such a task. This is about to change.

In the summer 2015, 23 teams from five countries participated in the Darpa Robotics Challenge (DRC) in the US. The engineers used robots to solve a variety of problems, all of which were realistic scenarios that might occur after a catastrophic incident. The robots had to drive cars, cut holes into walls, open doors, operate valves, and negotiate difficult terrain. It became clear that we are not going to see a Terminator machine like the one in the movies anytime soon. In particular, the task of walking on two legs like a human remains a big challenge for robots. Most models kept falling over and were somewhat reminiscent of drunks. The winning team from South Korea used a trick: Their robot DRC-Hubo has two legs, but it can also move on rollers mounted at the knees. This hybrid solution turned out to be extremely efficient. DRC-Hubo had the necessary stability and solved all tasks in the shortest time. The team from the KAIST institute won the USD 2 million prize money. 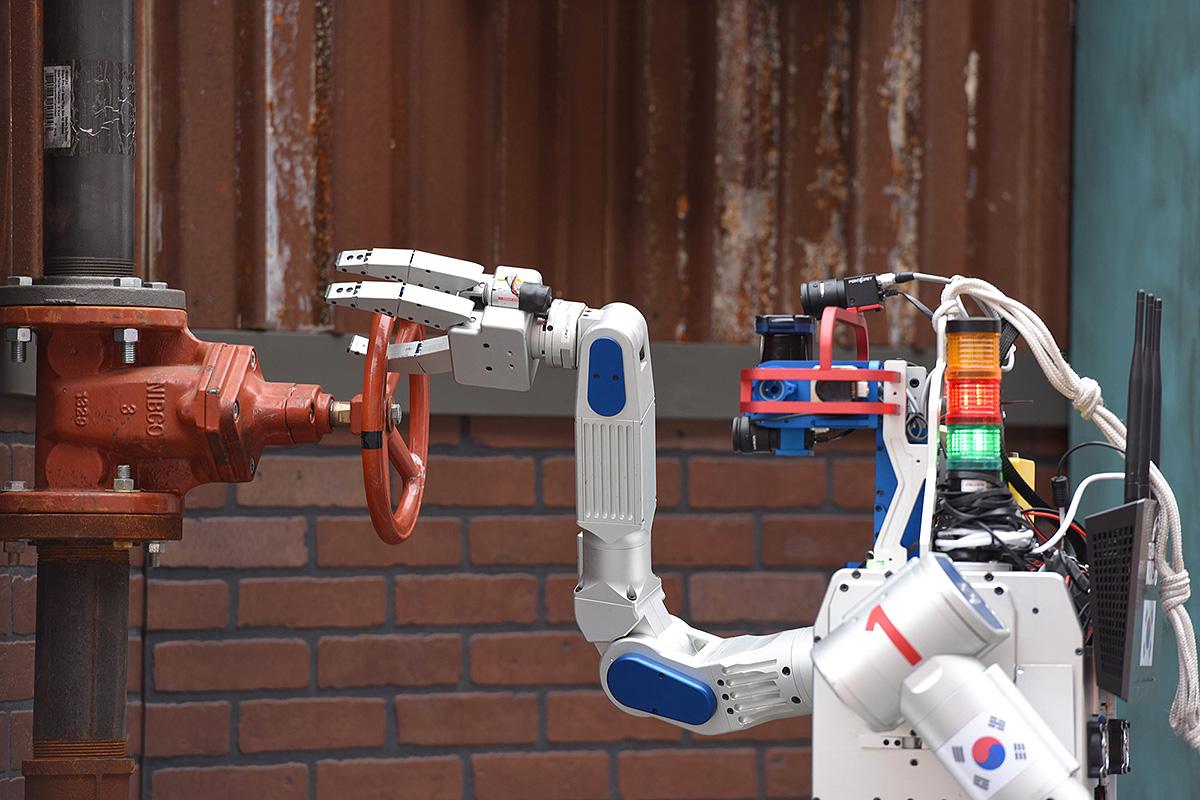 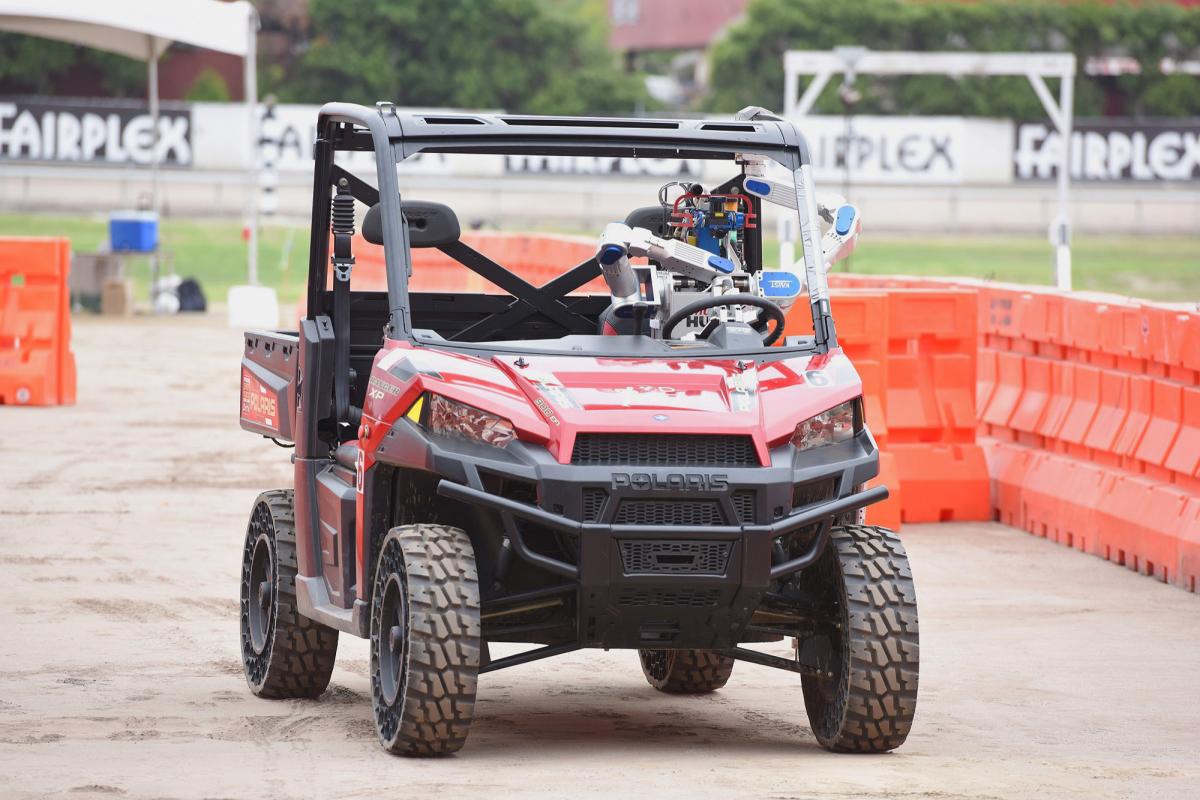 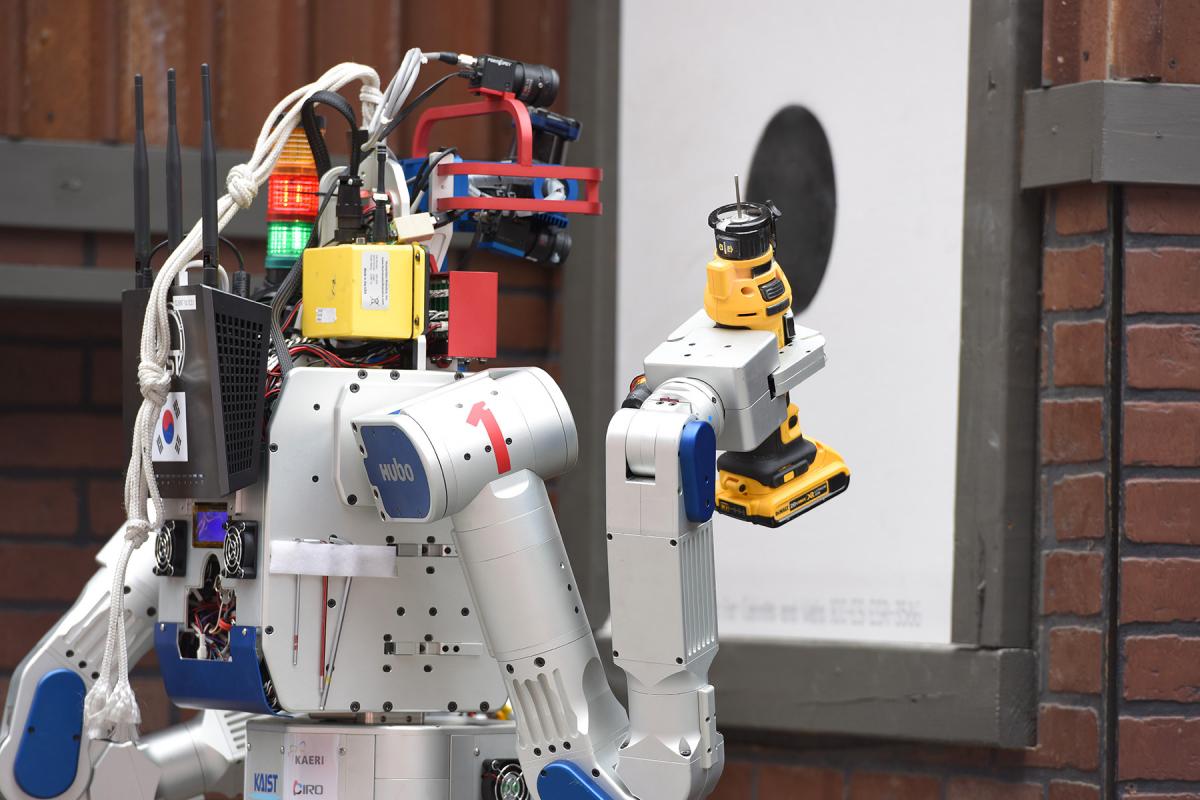 At the Darpa Robotics Challenge, catastrophe robots had to prove themselves in many disciplines, including driving a car, operating valves and negotiating difficult terrain.

For their robot’s primary joints, the Korean engineers used 33 maxon DC motors, mainly consisting of brushless EC-4pole drives. These drives have a very high power density and can be operated in overload. The KAIST team maximized the use of this option by installing an air cooling system for even more power.  “We have a long working relationship with maxon and a great deal of experience with their motors. We have full confidence in their high quality and performance, ” says Professor JunHo Oh, the team’s leader. At the competition, he explained that Hubo is nothing special,  “just a humanoid robot. ” This seems like quite an understatement if you look at what Hubo has achieved. The Koreans have built five exemplars so far, each with an estimated value of between USD 0.5 and 1 million.

The engineers behind DRC-Hubo report that their robot is already able to perform simple missions and reconnaissance. In ten years, it is thought that robots will be advanced enough to perform complex tasks in hazardous environments. What is still needed to achieve this? Robots will have to learn to overcome unexpected challenges autonomously. And then there is the problem of walking upright, which the developers at Hubo are also trying to solve. They want their robot to remain safe and stable when walking in uneven terrain, just like a human – or at least, almost. 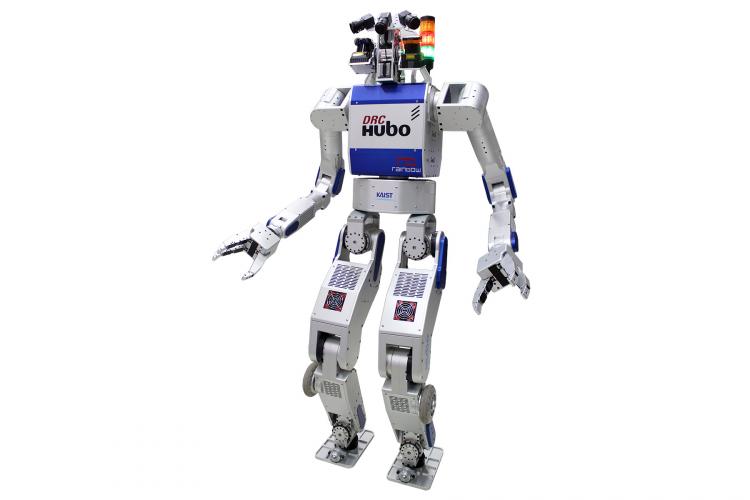 The DRC-Hubo robot is a South Korean collaborative project under the direction of Professor JunHo Oh. The participants are KAIST (Korea Advanced Institute of Science and Technology) and Rainbow Co., a spin-off company from the Hubo laboratory. For the Darpa Challenge, the engineers made considerable upgrades to the previous version of the robot. It has longer arms and legs, an aluminum casing instead of plastic, and – most importantly – more power.  “We needed drives that were compact, light, and powerful at the same time. maxon motors fulfill all of these requirements, ” says Professor Oh.
In particular, the multipole, brushless EC-4pole 30 DC motors with 200 watts of power are perfectly suited. The KAIST team installed 25 of these. They are frequently operated under overload conditions and therefore equipped with cooling fans. This is how the Koreans get the maximum out of these high-tech motors.  “We have known maxon and their products for a long time. That is why we have great confidence in the quality and performance of their drives. ”